Finally got around to sorting through the images from my WPPSS nuclear folly Satsop Development Park field trip. More pics of the nuclear reactor & cooling tower areas below, but first one of the positive things to come out of the deal. After WPPSS defaulted and sold — or rather, pretty much gave away the site — a number of businesses have moved in, taking advantage of the unique setting and facilities. There’s a computer server building; a company utilizing the ultra-thick reactor building walls to create super quiet rooms, and a firm building giant steel tanks. 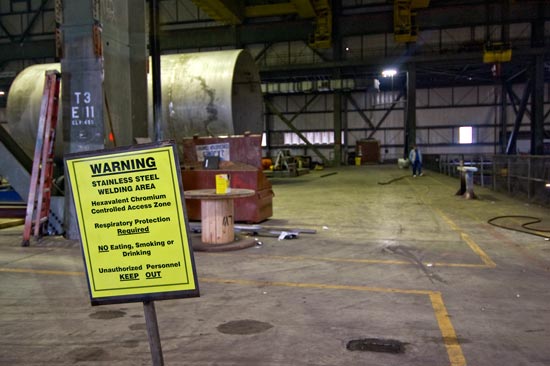 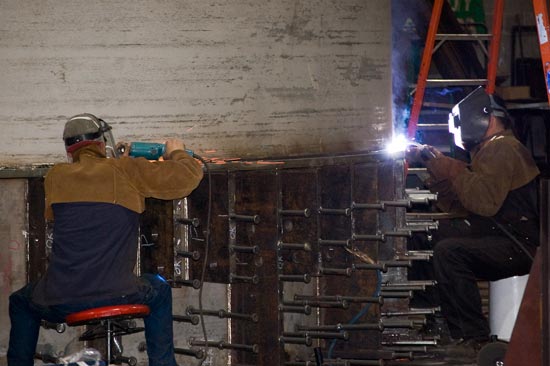 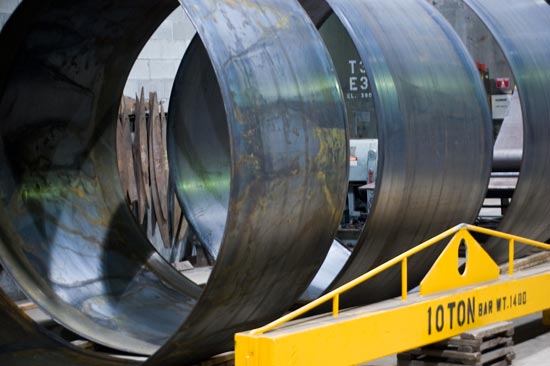 Above the tank company is a vast open space with mysterious equipment, such as this: 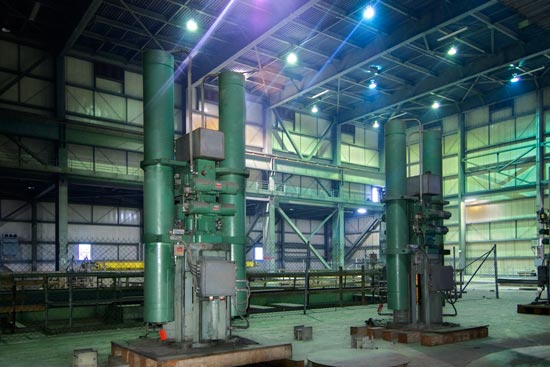 Of course, if anything gets out of hand, there’s lots of well-maintained safety equipment. 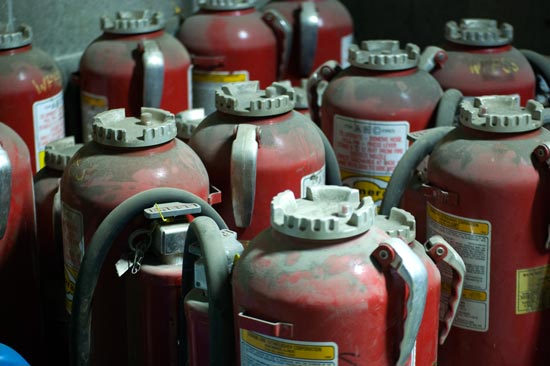 Further exploring in and around the cooling towers and reactor area, we found that the area was not devoid of life. I saw one shy newt, and this mass of ladybugs nestled in the corner of an enclosed stairwell leading to cooling tower #3. 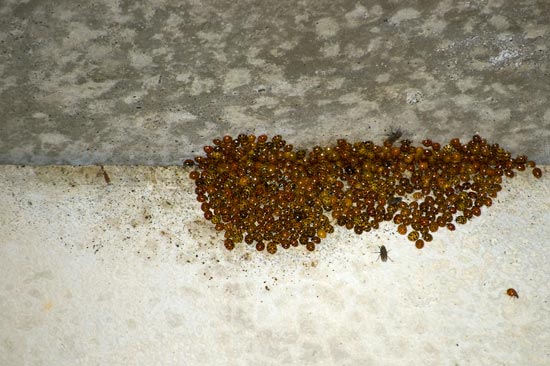 Earlier I posted a photo inside tower #3. Here’s what it looks like beneath that, at ground level. It’s a large pool for collecting the steam that condenses and falls. I love the patterns made by the columns, supports, and puddles. 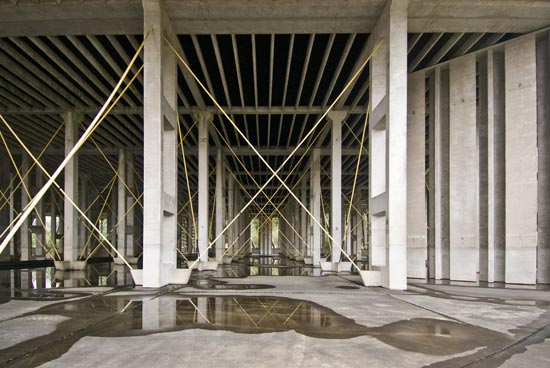 On the other side of the reactor building is tower #5, which was abandoned even earlier. Its interior is open to the ground, with just a few columns that would have supported the pipes at the 40-foot level. And inside just off-center is one lone power pole: 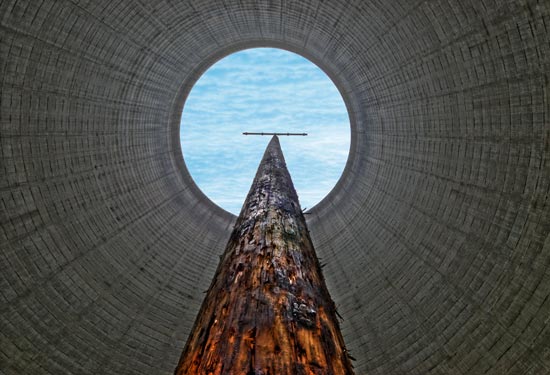 One more look inside the reactor building now. Here’s the big access door through which major components could be accessed and replaced. It’s a pretty formidable piece of steel, eh? 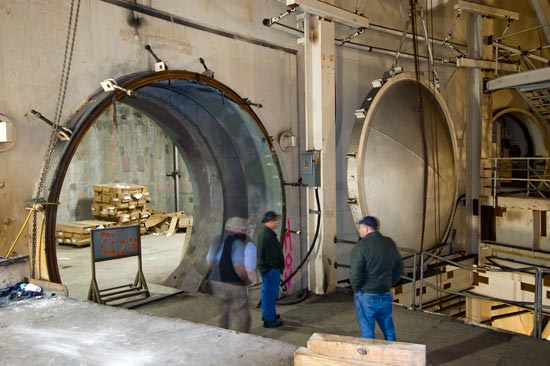 Finally, did I mention that part of the process of constructing something as elaborate as a nuclear power plant before good computer models existed was to build a model. A really detailed scale model with every pipe and wire over two inches (I believe that’s what they said) thick? This model cost some $3 million to make, but would have saved tens of millions by avoiding construction conflicts and delays. The model is now in several pieces, but it is being slowly restored by a local model club, which sounds like a pretty daunting task, unless the model club members also happen to be nuclear engineers. Here’s a small section: 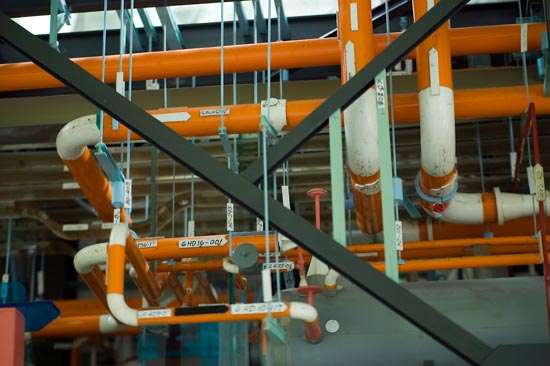 And this concludes your tour of my local defunct nuclear reactor. Remember, if you’re glowing, it’s not our fault. 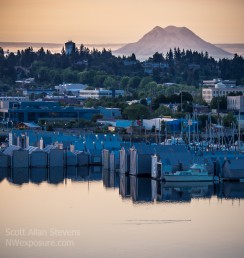 Dawn on the Bay 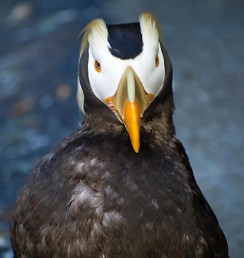 Put Me in the Zoo (for an afternoon) 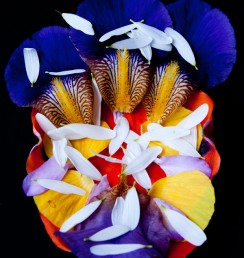 The Color of Inspiration 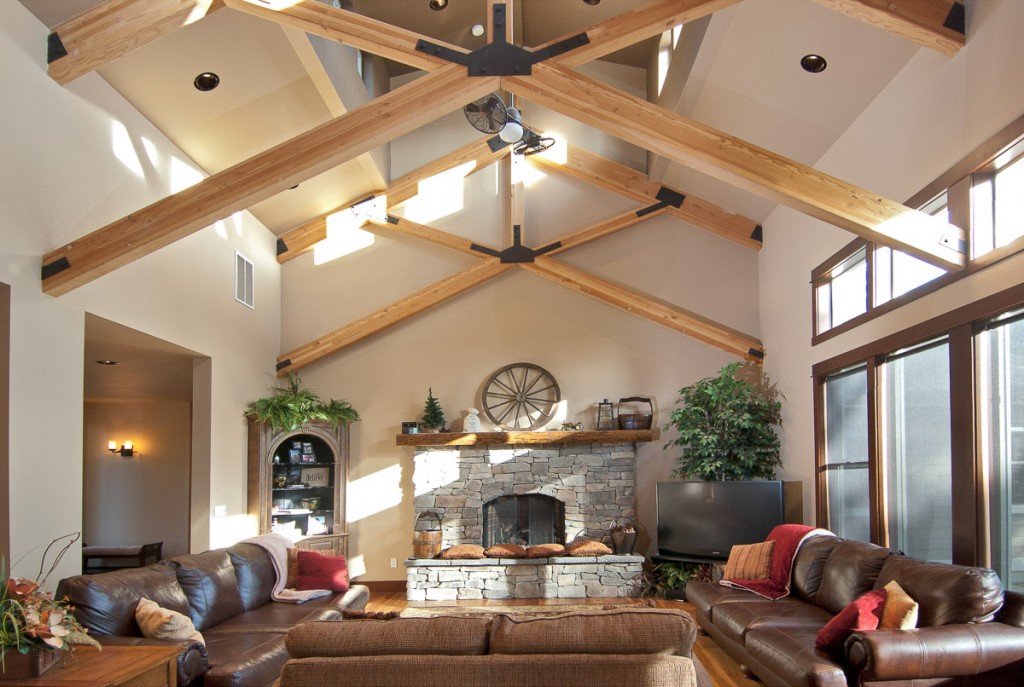